Someone hell-bent on covering up their drinking habit from their wife has filled my recycle bin with empties. Yeah! I found them yesterday when I couldn’t fit my own shameful stash into the little green box. 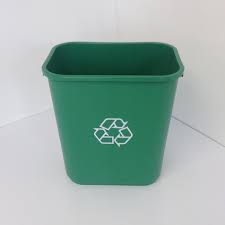 They’re definitely not mine; they’re San Miguel bottles and l wouldn’t touch that piss with yours.

That said, it’s been half-term this week, and shorter days coupled with protracted child’s DVD viewing seem to legitimise earlier drinking. I’ll confess I’ve lost track of how much I’ve consumed, what I’ve consumed and where I’ve consumed it. But San Miguel? Hmm.

October half-term always brings out the worst in widowed me.

I probably wouldn’t have noticed the ubiquity of dad-child interaction before Mark’s death. But these days my eyes appear to be set to Instagram mode, where every scene featuring dad and offspring has a soft-hued, nostalgic edge.

And dads seem to be so much more interactive since Mark died. They’re feeding rabbits at farm parks, whizzing down slides, singing loudest at music groups. They’re taking time to hone their Hallowe’en costumes in order to engage in door-to-door widow-baiting with their apple-cheeked families.

What happened to the good old days of mother as the primary carer? Prior to Mark’s death I rarely saw a dad. Farm parks were the domain of women and cake. Mother’s was the only voice you heard at Joe Jingles. Between Mark and me, I was the one with the repetitive slide-burn.

I swear, it’s enough to turn me to San Miguel. God, perhaps they were my empties after all.

11 thoughts on “Scenes from the Boden catalogue”